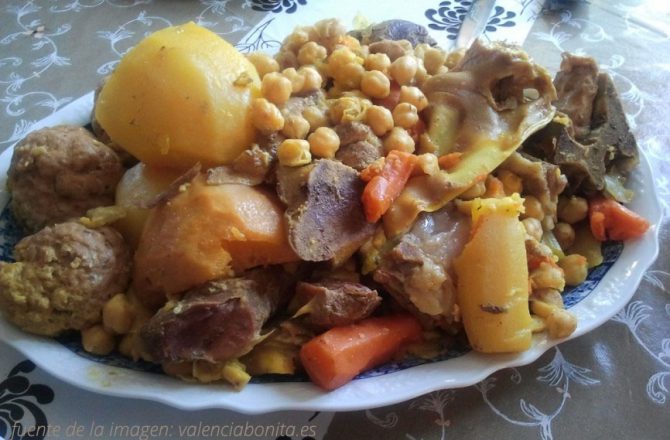 The Valencian Christmas Stew is a very traditional dish, another variation of the ‘stews’ which are made in all regions as for example ‘l’escudella’ or ‘carn d’olla de Catalunya’, Andalucian stew, ‘cocido madrileño’, the typical stew from Madrid, the one from Murcia, etc.  All of them contain pulses, meat, vegetables, and sometimes cured sausage, ingredients which vary according to the region where it’s made.

Valencian stew is characterized by the fact that it contains the vegetables typical of the area and also absolutely delicious meatballs.  But we’re not going to waste any more time and go straight to the recipe.

Ingredients for the meatballs

During this time, we’ll prepare the meatballs like this:

And what about you?  What typical dishes do you usually cook in your town, province or autonomous community? We’d love you to leave your recipes in the comments section.

Source of the image used in this article