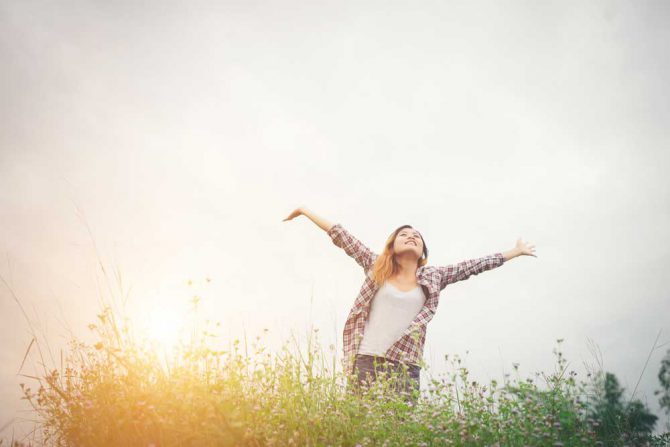 Can extra virgin olive oil be one of the key factors in increasing life expectancy in the population in general?

This is one of the questions that we’re going to answer in this post.  We’ll cite various studies carried out by prestigious institutions and scientists who demonstrate that EVOO can be very important in retarding the effects of aging and in the fight against a good number of illnesses.

One of the studies shows the positive effects of extra virgin olive oil on health compared with other oils such as sunflower.

Extra virgin olive oil can be a key factor in improving life expectancy and in mitigating illnesses related to aging.

At least that is what a team of investigators from the Faculty of Medicine at the University of Minnesota (USA) has affirmed according to a study published recently in Molecular Cell.

The fat from extra virgin olive oil is what activates certain subtances so that  the cells of the human body can have a longer life and what preempts illnesses related to aging.

In Masía El Altet’s blog, we’ve already cited on other occasions the quantity of polyphenols EVOO contains and their effects on the cells in the human body.

It’s certain that the study from this University also indicates that extra virgin olive oil on its own is not the only element responsible for an increase in life expectancy.

Its consumption has to be accompanied by a healthy diet and physical exercise.  Fortunately, in Spain we have the Mediterranean diet, considered by all nutritionists in the world as the healthiest way of eating.  And at the centre of this Mediterranean diet is to be found extra virgin olive oil.

The next step in this investigation is to test these benefits in human beings.  With the results, it could also be possible to discover new medicines based on extra virgin olive oil.  Obviously, it would also serve to adapt diets with the aim of improving health in the short and long term.

In Spain, a great deal of extra virgin olive oil is consumed.  We are among the highest consumers in the world.  And we occupy second place in the ranking of countries with the longest life expectancy.  Only Japan scores better than Spain.

Taking into account life expectancy and the consumption of olive oil, it can be deduced that the oil is connected to the good figures Spain can boast of.

Spain will become the country with the longest life expectancy in tha world.

At present, Spaniards have an average life expectancy of 83 years. Life expectancy is higher in women than in men.  They already live up to the age of 85.8 years, well above the European average of 83.3.  Spanish men are also at the top of the list in Europe.

Other countries which have good life expectancy rates are France and Italy, the latter being a very big consumer of olive oil. What is clear is that in the South of Europe, life expectancy is higher and investigators attributed it to a better diet.

Life expectancy is not only explained by having a good diet.  Other factors are also considered such as not being affected by wars or having a very efficient health system.

From what we’ve already said, it’s obvious that olive oil contributes to an increase in Spaniards’ life expectancy.

It contributes because it’s an important part of the diet and, as investigators point out, diet, a healthy diet, has a great deal to do with achieving these figures in longevity.

But are all olive oils equally efficient in the fight against aging?

The answer is no.

We’re now going to refer to another investigation.  To one carried out by the University of Granada to be more precise.

The conclusion of this study is that long term consumption of extra virgin olive oil increases life expectancy when compared with sunflower oil.

The person responsible for this study is the Professor of Physiology of this University, José L. Quiles.

This study consisted in feeding rats with the fats from one or other oil for the whole of their life.

The investigators observed that those fed on sunflower oil had a shorter average lifespan.

It was also observed that those rats fed on sunflower oil were more likely to suffer from all types of cancer, heart diseases or those of an infectious or inflammatory nature.

It was proved that sunflower oil, although not being directly responsible for these illnesses, did speed them up. The rats fed with sunflower oil died before, always according to the study carried out by the University of Granada.

As can be seen from this post, olive oil is very beneficial for human beings even increasing life expectancy, although it’s not the only factor to be taken into account. It is also  clear that particular olive oils, such as virgin extra, are more beneficial than, for example,  sunflower oil.

Have you found what we’ve told you in this post interesting?  If you have, would you share it on your social networks? We’d be delighted if you did.