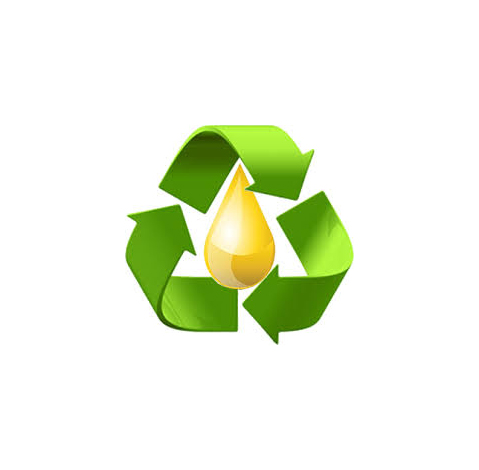 Recycling olive oil is already a necessity in order to preserve our planet.  In this post, we’re going to see the ways in which you can recycle used olive oil.

But we’re also going to ask an important question.  Is it OK to reuse olive oil we’ve already used for frying? Can reusing it have negative effects on our health?

You’re going to find all of the answers to these questions in this post so let’s get started.

Can you reuse olive oil?

It’s very common in many households to reuse olive oil after having used it for frying. Should you do it?

If we base our answer on the opinion of the Spanish Agency for Consumer Affairs, Food Safety and Nutrition (AECOSA), it should never be reused as you can read in this document.

It’s obvious that once used, above all if you are cooking at high temperatures, the olive oil loses not only quality but also some of its properties. Of taste as well as nutritive.

But there are other opinions which come from the Organization for Consumers and Users, (OCU), which indicate that it can be used up to 25 times if the oil is extra virgin.  All other types of oil are ruled out.

The reason for this is that extra virgin olive oil, which is what we produce at Masía El Altet, is much more resistent to ageing since the olives are harvested at their optimum moment of ripening, with a very low net oil yield, thus obtaining extra virgin olive oils with a greater number of polyphenols and  oleocanthal and therefore, oils which are healthier within the range of exra virgins.

The recommendation of the OCU is that food should never to be fried at a temperature above 180 degrees. It’s at this point, from this temperature onwards when olive oils start to lose their properties.

The OCU adds that for domestic use, it’s much more feasible to reuse the oil. But it’s not the same case for restaurants.

The importance of recycling used oil

Recycling used oil is of the greatest importance.  Once and for all, we have to get rid of the bad habit of pouring excess oil down the sink.

Let’s have a look at some worrying figures that we’ve taken from the Ministry of the Environment. We pour 120 million litres of oil down the sink every year.

If you pour it down the sink, where it ends up is in the sewers, that is to say if the oil hasn’t blocked up your pipes before.

From the sewers, it goes on to the sewage works and from there to the sea or rivers.

Olive oil forms a film which prevents oxygen from circulating and it ends up asphyxiating flora and fauna.

Another worrying fact is that, for example, one litre of olive oil or sunflower oil contaminates no less than 40,000 litres of water.  That is to say, what one person consumes in a whole year.

You shouldn’t throw oil away in the general rubbish either. By so doing, we’ll continue to put our planet at risk.  Oil which ends up in rubbish tips will be caught up in rain water and will filter into the ground, then into springs and natural areas of water storage.

How to recycle used oil

So then, the only solution if we want to protect our environment and a great quantity of flora and fauna is to recycle used oil.

Nor should you ignore the fact that if we harm the environment, we’re all going to suffer serious financial consequences.

So how can you do it? The only way is to store used oil at home and when you have a certain quantity, take it t the nearest recycling point.

Fortunately, the authorities, and the public in general, are realizing this necessity exists and recycling areas are becoming more and more common.

At these recycling areas, you’re going to find special bins to deposit the used oil. They’re similar to the ones you can see in the streets of your town for recycling plastic or glass.

But you also have to follow some steps to be able to recycle the used oil correctly.

Other ways of recycling used oil

Going to a recycling area and leaving the oil there in a tightly closed container is the best way of recycling used oil.  But now we’re going to give you some ideas if you want to experiment. With this oil, you can do the following things:

If you’re interested in trying out some of these ways of recycling used oil, we’d recommend you to read this article.

In this post, we’ve told you about the necessity of recycling used oil.  Above all, to protect our environment and to preserve an endless list of flora and fauna. The best thing is to take it to the nearest recycling area in your town. If you still don’t have one, it’s time to call for the authorities to provide one.

We’ve also seen that if it’s a good idea to recycle used oil once you’ve used it to fry food. As far as this matter is concerned, you’ll have seen in the post that there are differing opinions.

But if you’re going to reuse the oil, remember that the best oil is extra virgin olive oil because it doesn’t break down as quickly as other types of oil.

Were you aware of the importance of recycling used oil? Do you already do it? What do you do? We’d love you to answer our question in the comments section.

If you’ve found this post ineteresting, we’d also love you to share it on your social networks.