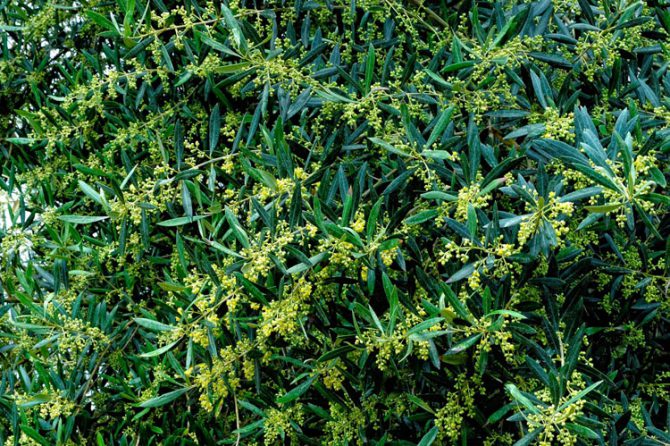 The olive groves on the Masía El Altet property are the most productive in the world. To be more precise, in a good year, each hectare worked in the groves situated in the Montaña de Alicante produces between 8,500 and 9,000 kilos, while in the rest of Spain the figure is 530 kg.

That means that production at Masía El Altet is 8,000 kilos more than in the rest of Spain’s olive groves and the difference becomes even greater if we widen the comparison to other countries with an olive oil producing tradition such as Italy or Portugal.

According to the results of a study carried out by the Máster de Administración de Empresas Oleícolas at Andalucia International University (UNIA) led by the prestigious teacher Juan Vilar, the conclusión is reached that the most productive olive groves in the world are to be found in Spain.

This study shows that in our country, 530 kilos of olives are produced per hectare, well below the quantity produced at Masía El Altet.

The difference is even greater if we the analyse the data referring to other olive oil producing countries. Resulting from an analysis of the last ten campaigns, the figures for the 56 biggest producers in the world gave the following classification:

It is evident then that the yield of the olive groves at Masía El Altet compared with other major olive oil producers is spectacularly higher, with production being more than 15 or 20 times greater than those of Italy and Portugal.

In short, Spain is the country with the highest yield per hectare and within Spain, which is number one on a worldwide scale, Masía El Altet stands out with figures which are truly spectacular.

The reasons for such high productivity in Masía El Altet’s olive groves, where one of the best olive oils in the world is produced, are to be found in:

1. The decision on the part of the owners of the property and their team to use only plant healthcare products and fertilizers of the highest quality.
2. Care and maintenance.
3. The existence of a unique microclimate. Finca El Masía El Altet is situated within the municipal area of Alcoy, at an altitude of 800m with a cold winter and a warm summer and only 30 kms from the Mediterranean as the crow flies.
4. In its precise location, since it is surrounded by two natural parks, that of the Serra de Mariola and the Font Roja.
5. The framework for planting. At Masía El Altet, planting is organized on a 7x7m framework, which encourages excellent photsynthesis.

So, when all is said and done, thanks to the constant loving care and attention provided and to the use of the most advanced agricultural technology, the olive groves at Masía El Altet are the most productive in the world. They by far exceed the productivity of Spanish olive groves and are spectacularly way ahead of other olive oil producing countries.