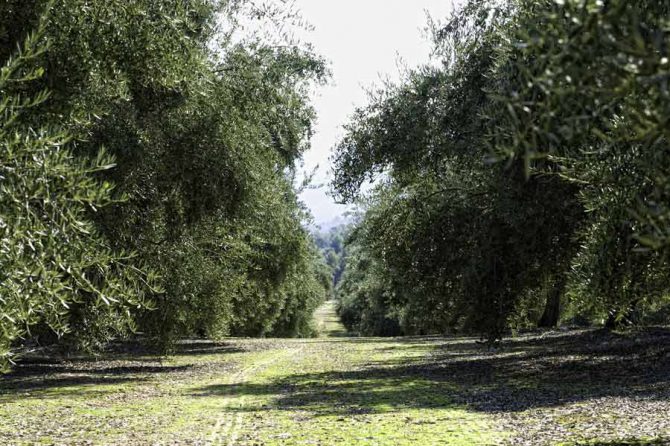 Have you ever heard of olive borer? Do you know what it is and how to prevent it? Is it a blight as far as olive trees are concerned?  Don’t worry because if you haven’t heard of olive borer, when you finish reading this post, you’re going to know all about this insect.

By the way, even though we’re going to give you all the information about this small beetle, you shouldn’t be the slightest bit alarmed because in our olive grove situated in the Mountains of Alicante, we have it more than under control.

We’re not going to allow olive borer to affect our trees and even less so, the quality of our ecological extra virgin olive oils.

But what we do believe is that this information is really interesting.  And you’ll see.

So, let’s get started.

What is olive borer?

Its scientific name is Phloeotribus scarabaeoides.  It’s an insect and it’s true that it’s present in the majority of olive groves in the Spanish Peninsula.  And in fact, all the world over.

It’s not a blight in itself for farmland unless we’re really careless and allow its reproduction to take place because of bad habits. We’ll see later how it reproduces.

It has the form of a beetle and let’s be honest, you probably couldn’t distinguish it from the common beetle.

The life on an olive borer

This insect spends the winter hidden in tunnels which it dug itself in the smallest branches of the olive tree.

When this season is finishing (which normally coincides with pruning time) it moves to the woody part of the tree and bores into the branches.  It normally bores into medium-sized ones facing the shade.

What it’s really doing is what scientists call making ‘a wedding chamber’.  On both sides of this chamber, it digs a new tunnel and it’s here that the female lays her eggs.

The larvae feed off the wood and bore new tunnels which are perpendicular to the ones that their progenitors have already made.

What is certain is that the openings are difficult to see with the naked eye but the reality of the situation is that the larvae are growing and the cycle is completed when they jump (like good beetles) to the nearest olive groves and start again  digging tunnels which is precisely where they get their food.

What damage does this cause to the olive tree? What is certain is that these tunnels end up weakening the tree and on some occasions branches fall off, mutilating the olive.

It’s very frequent for the branches to break off, in a debilitated state, when the olives are being harvested.

The loss of branches causes a decrease in the tree’s productivity.

How to prevent it

What is certain is that preventing olive borer isn’t a difficult task as long as a bit of care is taken.

This beetle is very common in groves around small houses in the country and larger farmhouses where olive wood is stored.  This wood is ideal for its reproduction.

It’s true that olive wood is very highly valued for providing heat in homes that still have wood burning stoves and fireplaces.   It has a high  calorific value.

Strategies for controlling this insect

If you want to limit the damage that could be caused in olive groves so that the trees don’t decrease in productivity, it’s necessary to put into practice strategies that we’re going to explain now:

We can conclude that olive borer isn’t the most serious disease that can affect an olive grove. Leaf spot for example, which we’ve already talked about extensively in this post, or olive fruit fly, are more harmful.

As you’ve seen in this post, preventing its appearance is relatively simple.   It’s enough to take care when storing olive wood, above all, after pruning. The best thing is for it be be stored in an air-tight place. And it goes without saying, as we do in the fields at Masía El Altet after pruning, carrying out systematic clearing.

What’s your opinion on this post? Did you already know about olive borer? If you’ve liked what we’ve told you, we’d love you to share it on your social networks and pass it on to friends and family.