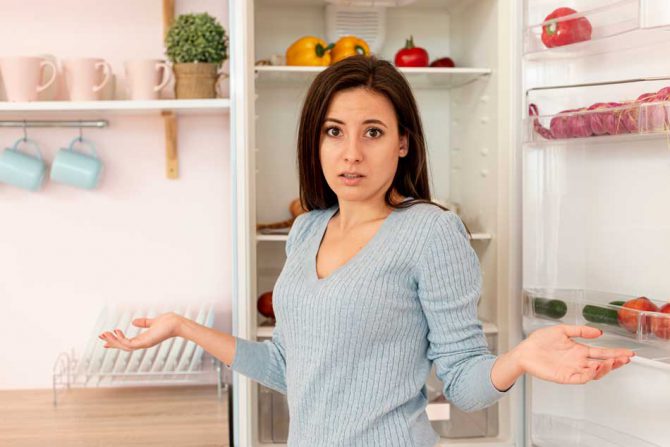 Do you want to know the best advice for storing olive oil? Does olive oil have a best by date? Here In this post, we’re going to answer the two questions. If you’re interested in knowing this advice, you have to read the right to the end.

We’re certain that you don’t want your olive oil to go off, do you? It’s a very valuable foodstuff.

So, it’s important to know the best methods for storing olive oil.

Like any other foodstuff, the properties of olive oil decrease with the passage of time since it’s a living substance.

It starts to take on a rancid taste due to the ageing process, the main enemy of olive oil.  But this process can be avoided by adopting a series of measures.  What’s more, if these measures aren’t adopted, we speed up the ageing process.

Pay attention to the best before date

The first piece of advice that we want to give you is that you have to pay attention to the best before date.

In that way, you’ll be able to take advantage of all of the beneficial properties that it has for your health and for that of the whole family.  In addition, you’re going to be able to consume, if you’re careful about this, an extra virgin olive oil with an excellent flavour.

Of course, we also advise you to buy olive oil from companies of small producers, in the gourmet section, always in a dark container and a 500ml one if possible.  Those producers who use modern methods for harvesting the olive, who use cold pressing, who keep the time taken to transport the fruit to the oil mill to the minimun and those who use the latest technology in the food sector.

That is very important. Not only for you to have olive oil with the best flavour at home but also to avoid fraud which can even cause food poisoning.  But if you agree, we’re going to look at that advice which we’ve already mentioned.  Here it is:

When you have one of our bottles of extra virgin olive oil in your home, from the very first moment, avoid leaving it near a source of heat.

Neither sunshine nor next to the heating.

If it’s in direct contact with a source of heat, you’re going to make the different properties beneficial for your health, such as polyphenols,  antioxidants and others, disappear.

When this happens, you realize that the extra virgin olive oil changes its flavour to what we call, fusty, rancid flavours.

A change in colour has nothing to do with a change in quality, it’s a natural process and as a result, normal.

It doesn’t have the same shade of green at the beginning of the campaign as at the end.

As a consequence, you should keep our bottles of Masía El Altet in a cool dry place. And there should be very little humidity.

It’s also extremely advisable for the temperature of the place where you store it to be constant. Brusque changes in temperature don’t do the oil any good. It’s the same as with wine.

What’s the ideal temperature for storage?  We consider that it should be between 12 and 24 degrees. A lower or higher temperature can affect its flavour and properties.

If heat has a negative effect on extra virgin olive oil, light isn’t one of it’s best friends either.  In fact, it’s the exact opposite.  Direct light is an enemy.

Store it in dark places or where there is very little light.

For that reason, our bottles are dark, in order to minimize the impact of light.

If you buy oil in bulk, what we recommend you to do is to immediately put what you’re going to consume in the near future in an oil cruet with a stopper and put the larger container   in a dark place.

But as we said before, if you buy our bottles, you won’t have that problem.

3.     A container which is well closed to store the olive oil

Once you’ve used the olive oil, never forget to close the container. If it doesn’t close properly, it’ll be in contact with oxygen for much longer, and this is one of the causes for it acquiring that rancid flavour we don’t want.

Besides, if the container is open for a long time, the antioxidants which it contains will also lose all of their properties.

4.     Keeping it in the cold isn’t the solution either

In the first point, we said that it isn’t a good idea for the extra vigin olive oil to be near sources of heat.  But in the cold isn’t a good way of storing it either.

You have to be very careful about this because the olive oil can end up solidifying if it occurs to you to put it into the fridge.

And finally, to store the olive oil perfectly, we advise you to keep it away for smells and smoke.

Did you know that olive oil is a living substance and that it absorbs all the smells and smoke it has around it?

We’re saying this because ofter, when we’re cooking, we have the bottle of oil near us.  It’s a mistake if we don’t put the top back on.

Use what you need and put it back in a place which is dry and dark.

What we’re doing here is speaking about the stability of the olive oil.  For an oil to be stable and for it to last much longer, you have to keep it away for oxygen from the outset.

For that reason, at Masía El Altet, we use the best technology so that it’s never in contact with oxygen. In that way, from the very beginning, you’ll have an extra virgin olive oil that will last you much longer than others.

In this post, we’ve wanted to give you the best advice for storing olive oil.  It’s a very important foodstuff in our diet and highly appreciated. And we all want our products to last as long as possible.

How do you store olive oil in your home? Have you got a secret you’d like to share with us? Answer the two questions in the comments section.

Have you found this post interesting? If so, we’d love you to share it with family and friends  on your social networks.