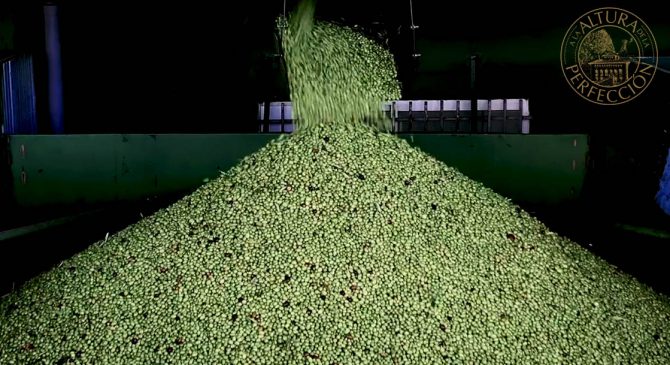 What is traceabillity where extra virgin olive oil is concerned? What are the aims? How can it be of benefit to the consumer? Read this post and discover the answers to these questions.

It has to be admitted that it’s a concept that has to be present in all foodstuffs. And of course, olive oil is a foodstuff.  What we’re going to see in this post is  how traceability can be of benefit to the  final  consumer.  But also how it affects us as producers of extra virgin olive oil.

In first place, and to take it step by step, we’re going to look at the definition. We could  say that it’s a system of analysis which permits all those involved in the process of producing extra virgin olive oil to know exactly which steps  have been  followed  before and until this foodstuff reaches the table of the final consumer.

So, what we’re saying without risk of being wrong is that we’re speaking of a full identity card of extra virgin olive oil. And that this document exerts   rigid  control over all foodstuffs.

For our Masía El Altet extra virgin olive oil to reach the final consumer, it follows a long complex route during the process of production.  Thanks to this system of traceability, it’s possible to track each and every one of the processes.  This system has been implemented by both national governments and the European Union.

What traceability is striving for

This said, what objectives are traceability striving for? In a nutshell: to guarantee public health.  To avoid the existence of fraud in foodstuffs.

These are objectives that we’re totally in agreement with. There’s nothing more important than avoiding cases of manipulation of foodstuffs which can endanger  public health.

Unfortunately, there have been cases of unscrupulous people who have tried to get rich by playing with public health. One of the most well-known cases and related to our sector is the one involving rapeseed oil.

At Masía El Altet,  we follow to the letter of the law all of the recommendations laid down by both Spanish and European  institutions from the beginning of the process of collecting the olives to bottling at our oil mill. And besides, we ourselves have decided  to increase control measures even more.  So that nothing escapes us.   Always with the consumer in mind.

Thanks  to this system of traceability,  consumers will always have at their disposition everything they want to know about our product. And they’ll have this information first hand.  The consumer is the most important part of the the whole process.

A potted history of traceability

When were these systems of traceability first introduced into the food chain?  When serious anomalies were detected in the safety of foodstuffs.

Everybody can remember or can find information about mad cow disease.  Or if not, dioxins found in chickens or the aforementioned rapeseed oil incident.

These frauds and anomalies were the reason why the authorities decided to create this system which is of such great benefit to the whole world. Had these controls existed in the aforementioned cases, many  evils could have been avoided, including the death of many people as a result of consuming foodstuffs  not fit for consumption.

What a traceability report has to state

What does a traceability report have to state? To have the answer, we have to look at what AESCON says.  These initials stand for the Spanish Agency for Consumer Affairs, Food Safety and Nutrition.  For all of us involved in the food sector, it’s recommended that the following factors must be considered:

In the case of Masía El Altet and in the case of obviously all producers of extra virgin olive oil, for the good  of the consumer, we must indicate which variety of olive have been used.  You can also obtain this information if you look at our webpage.

Of course, it’s necessary to indicate where they were produced and in what installations their handling has been carried out up to when  they become oil fit for human consumption. We’re also obliged to say what market the oil is aimed at and what controls have been carried out and by whom.

With all of this information and in the case of a health alert, the authorities can quickly proceed to removing the product from the market to prevent more serious consequences.  It’s possible to identify and  locate a batch  of any contaminated foodstuff  and remove it.  Obviously, the producer of this product will be fined or sanctioned after a period of investigation.

Where is all of the information we’ve spoken about to be found?  On the labels.  The labelling system is the key and for that reason, health authorities are constantly   launching campaigns to get the consumer  to check  the labels on products.