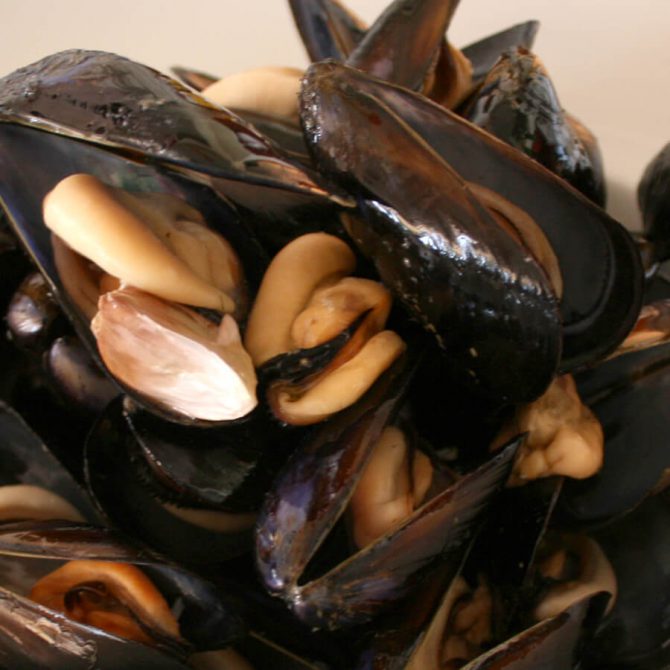 Valencian mussels (clòtxines) can only be found on the market from May to September.

It’s a great pity that they’re not available all year round.  But that’s the good and bad side of seasonal products. Because if they’re in season, they’re delicious.  But we can’t  have what we want all the time.

What are ‘clòtxines’? They’re Valencian mussels and have a different taste to the ones you’d buy from Galicia.  Very tasty, delicious and very highly regarded. From the year 2008, they have enjoyed the ‘Denominación de Origen’ label.

Valencian fishermen have spent more than 100 years collecting them but what’s true is that it’s only receltly that they’ve acquired greater fame.

Valencian mussels contain a huge amount of proteins and Omega 3 and very few calories.  They also stand out for the high levels of iron they offer.

In the Valencian Community, they provide an excellent starter. So, we’re going to stop beating about the bush and explain to you how to prepare this recipe for Valencian mussels with beer and chillies.

Serve them in a dish and we’d recommend you to accompany them with a little white wine.  And if possible, it should be a white wine from the Valencian Community as well.

It is almost a tradition to prepare this recipe when these mussels are in season. No meeting with friends would be the same without this dish.  And of course, since we’re in the Valencian Community, what would normally appear after this starter would be a magnificent paella.