More than 600 international awards, among those who stand out:

THE BEST OF CLASS, and GOLD MEDAL

BEST OF CLASS AND GOLD MEDAL

BEST EVOO FOR THE JURY

BEST OF CLASS AND GOLD MEDAL

TENTH BEST EVOO IN THE WORLD

The fact that our product is considered by many critics and experts as the best olive oil in the world fills us with satisfaction and simply serves to encourage us to continue working to improve and satisfy each and every one of the most demanding palates.

Masía El Altet extra virgin olive oil, produced on this estate situated between the natural Parks of the Font Roja and Serra de Mariola in the interior of the north of the province of Alicante, has received more than 600 awards since our family started production in 2006. For that reason, many specialists don’t hesitate to state that it’s the best extra virgin olive oil in the world.

Among the awards which this extra virgin olive oil has received is to be found perhaps the one with the greatest international repercussion, that is to say, the First Prize and Gold Medal for Masía El Altet’s ‘High Quality’ from the Consejo Oleícola Internacional, (Mario Solinas) COI, recognition that olive oil producers all over the world put their heart and soul into obtaining. It’s the same as winning the award for the world’s best olive oil.

The list of awards is never-ending. Practically all of the olive oils which we produce and market at Masía El Altet have been awarded prizes in each and every one of the contests at which they’ve been presented, whether it be at national or international level.

Awards for the best extra virgin olive oil around the world

To name but a few examples, we could point out the best of show achieved in the International Contest which takes place in the North American city of Los Angeles, a contest which recognizes the quality of extra virgin olive oil and which is considered as second in importance after the aforementioned Consejo Oleícola Internacional.

We could also add to the list the prestigious "Distincione Especiale" for Masía El Altet in the 11th International Contest L’Orciolo DA in Italy, the first prize in the the International Taste & Quality Institute in Brussels, Belgium or the award achieved in China as "One of the top best Extra Virgin Olive Oil Companies".

What there is no doubt about is that the bottles of High Quality, Premium, Special Selection and High End extra virgin olive oils have crossed over borders and have conquered the senses of smell and taste of the best olive oil tasters in the world.

For that reason, a first prize for an olive oil means having caught the attention of the best and most famous experts in the sector. And it’s not something easy to do because all the producers in the world, all of our competitors, make a very great effort to achieve awards for their olive oil.

Everybody is after that recognition because, and we have to admit it, it represents a great accolade after all the hard work needed to market a high quality product.

And what can be the secret of that sucess? It’s obvious that there isn’t only one factor but many and they’re always interconnected. In first place, we could say the location of the olive grove.

Around 14, 000 trees are to be found in a unique location and surroundings, olive trees which grow at an altitude of around 800 metres and which are immersed in harsh winters and cool summers. There can be no doubt about it that our location helps oh so much to achieve the best extra virgin olive oil.

Secondly, the perfect harmony in the varieties of olive: Picual and Arbequina together with other varieties native to the area such as Alfafarenca, Blanqueta and Genovesa.

This mixture of olives is one of the reasons why we go to different contests and why our oils don’t go unnoticed by the jury.

We have the great satisfaction of producing the best olive oil in the world in Alcoy and if on some occasions, it’s not the best, we always receive the recognition of expert palates at a worldwide level where the tasting of this foodstuff is concerned.

We are extremely grateful to what is called the Mountain Area of Alicante, where our estate is located. A geographical area which includes municipalities in the north of the province of Alicante and the south of the province of Valencia. A beautiful area but also hard, with cool summers and cold winters which also contribute to our being able to provide you with the best oil in the world.

In third place, the care and attention given to each and every one of the olives which grow on the thousands of branches in this olive grove. Only picked when they’re at their perfect moment of ripening.

In fourth place, we have to point out our family’s passion to recover traditions linked to this area in the north of the province of Alicante, the capital of which is Alcoy, and knowing how to blend them with the most modern technology to try to achieve in every contest the award for the best olive oil in the world.

Our aim to continue improving

Combining all of the elements, we try to achieve the best olive oil, a superb extra virgin olive oil, which has won prizes in hundreds of contests, been praised by the most prestigious chefs in the world and been given the seal of approval of the most demanding consumers who want to savour the taste of a unique and unrepeatable extra virgin olive oil on their palate.

Of course we’re not going to sit on our laurels. We’ll continue to work to ensure that you receive the best olive oil because besides achieving awards in the different contests we’ve already mentioned in this post, we’re trying to gain the top award which is none other than to conquer you with our extra virgin olive oils.

Other international prizes are: 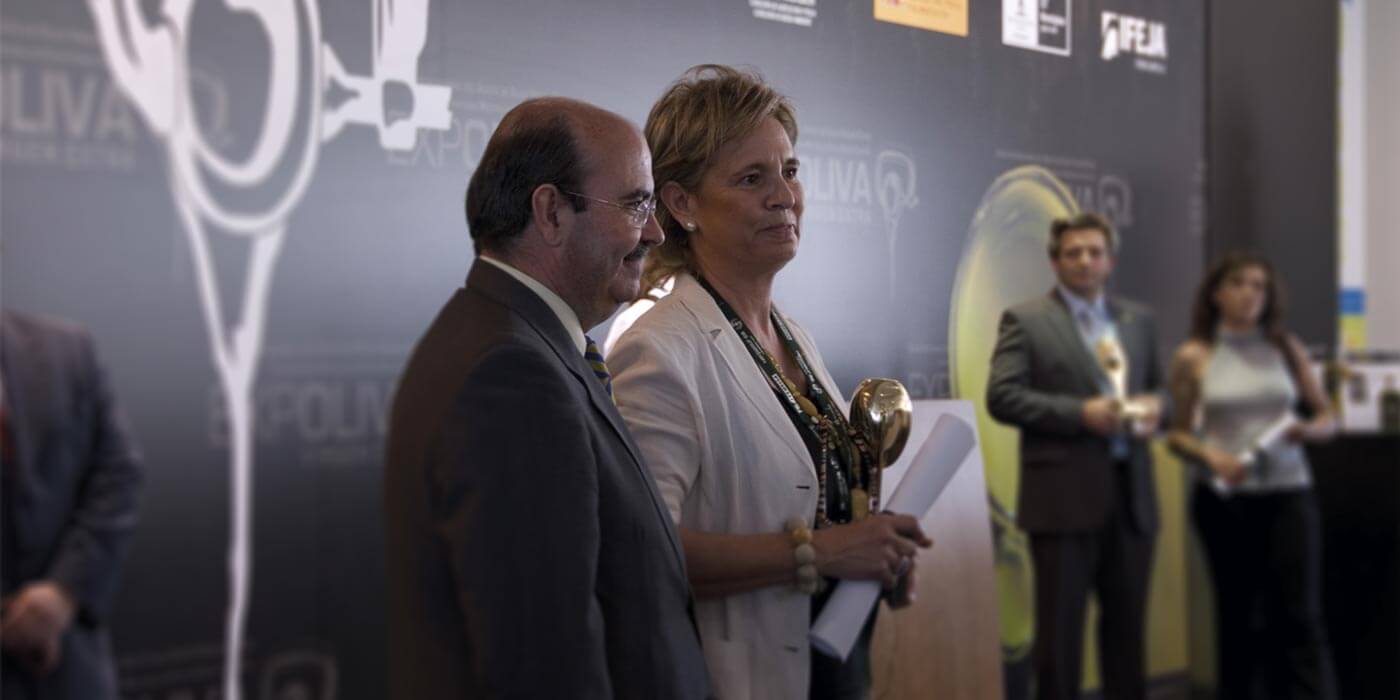