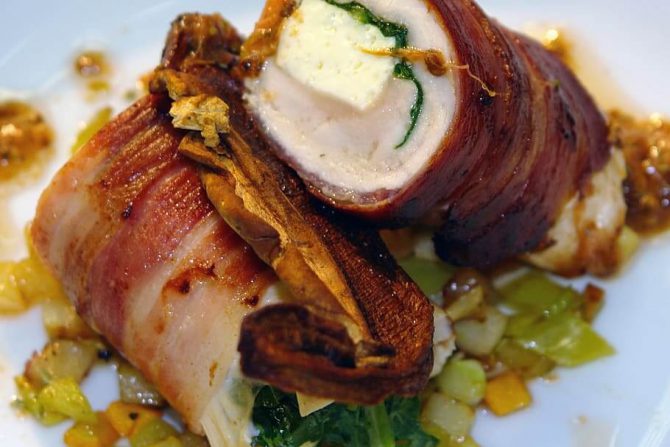 Stuffed meat roll is associated with the most important days of the year such as Christmas or the meal to celebrate New Year. So now, there’s nothing to stop you making it to surprise your guests.

It’s not a difficult recipe although it may seem so because of all of the different steps you have to take.  But what’s true is that you must have at your disposal a couple of hours to make it.

Here are the steps.  We’ll begin as always with the ingredients.

How to make the stuffed meat roll

We’re going to divide the process into four parts:

Rolling the meat and sealing it