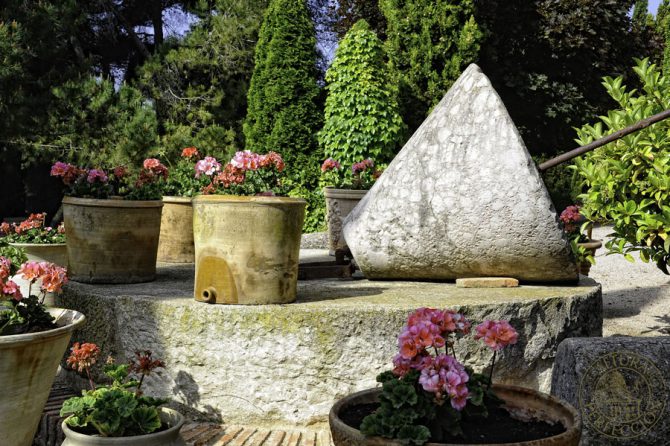 The origin of olive oil is uncertain. Well, to be more exact, historians haven’t come to any agreement as to the exact point where the first olive oil was extracted.

However, a reasonably generalized agreement does exist which coincides in locating the first production of olive oil in the area which we now know as the Lebanon, Syria, Palestine and Israel even though we’re talking about a wild olive.

We mustn’t forget that olive oil is the result of ‘putting pressure’ on the olive to the point of being able to extract its oil. So, when we speak about the origin of olive oil, we have to think about when human beings started to ‘press’ this fruit and not about dating the existence of the first olive oil which will certainly be much older.

That is to say that it is around olive oil that a healthy model of eating has been constructed. A model which includes cereals, bread, pulses and fruit and vegetables. And it’s a model which we should never consider abandoning.

Religion and beauty in the origin of olive oil

We can talk about the origin of olive oil during the period of the Upper Paleolithic. We’re talking about some 12,000 years BC.

In 16th century BC, the Phoenicians were already distributing olive oil around the Greek islands from Crete. From the 14th century BC to the 12th century BC it arrived in Greece and Macedonia. From there, it passed to Egypt and other areas.

But what we’re really certain about is that the first uses made of olive oil had nothing to do with gastronomy.

If we go back to the Egypt of the Pharaohs, we can see that this foodstuff was used for lighting  religious temples and for applying to the skin for aesthetic and cosmetic reasons.

What there is also no doubt about is that the Egyptians were the first to commercialize olive oil. Proof of this is that during different archeological digs, jars and amphoras with this foodstuff still preserved inside have been found in the interior of the pyramids and funeral chambers.

But the great expansion of the olive tree takes place obviously with the Roman Empire. They considered it a foodstuff of great importance. There was even a law which exempted from military service anybody who planted olive trees and increased their presence in the empire.

It was around the 4th century before Christ when it arrived in the Iberian Pensinsula. In a very short space of time, the area, along with Italy, became one the the great producers in the world.

It’s certain that the Phoenicians brought olive trees to Spain in 1050 BC. But it was in a very minor way.  It wasn’t until the period of the Romans that the Peninsula was ‘flooded’ with olive trees.

The importance of Moorish domination

Of course nobody doubts the importance of the role played by the Phoenicians and Romans in bringing olive trees to the Peninsula although it is also true that in various settlements, olive stones have been found but they would obviously be from wild olives.

But what we should put down in print is the importance of the Moorish civilization.  The Moorish conquest came accompanied by the introduction of their own varieties. These varieties took root in the south of Spain more than in other areas.  The Moors worked relentlessly   to extend their production in the whole of the Peninsula.

So much so that the Spanish words ‘aceituna’ ‘aceite’ or ‘acebuche’ have an Arabic root. The Spanish word ‘aceite’ come from the Arabic ‘al-zait’, meaning ‘juice of the olive’ in Spanish.  Olive oil also appears in the Koran, as it also does in the Bible. Another fact which demonstrates its importance in all civilizations. 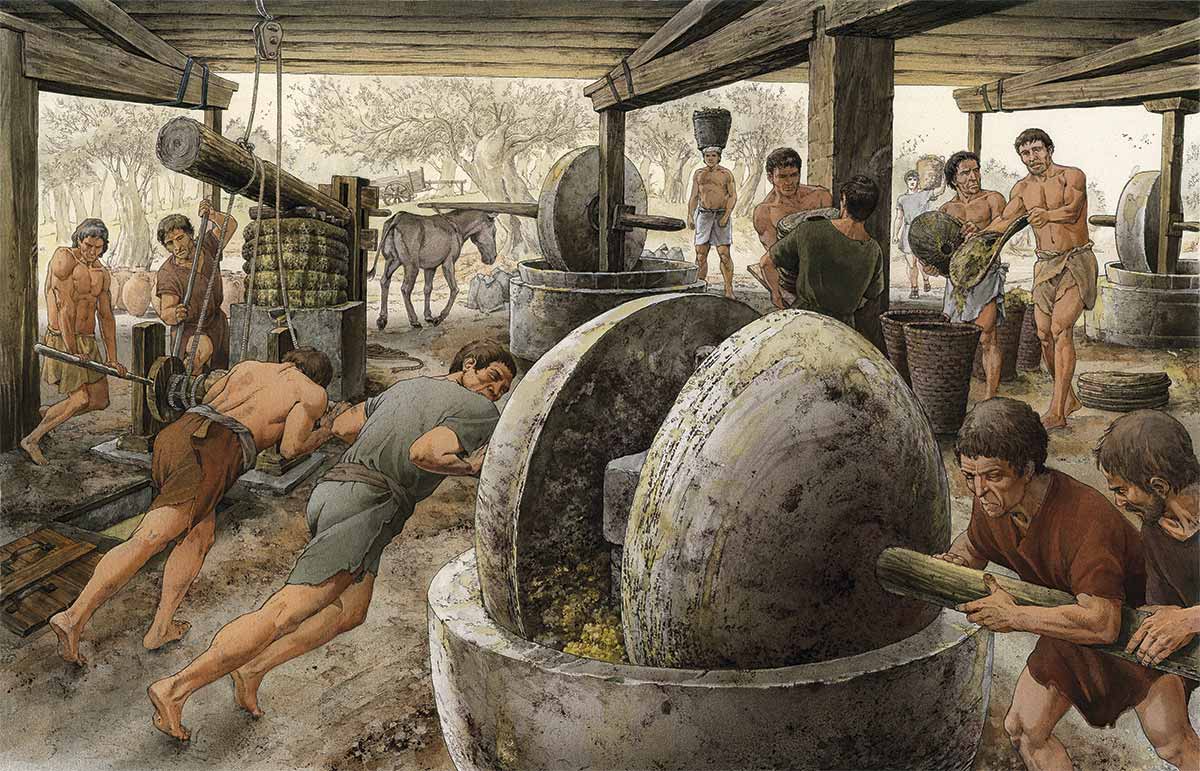 The Catholic Kings and the Age of Discovery

In the time of the Catholic Kings, a kind of cold tomato soup with olive oil and seasoned with vinager  was already in existence and this dish immediately became integrated into the diet of Andalusia and Extremadura.

And who else could it be but the Spanish who introduced the olive tree into many South American countries.  To be more precise, into Argentina, Mexico, Peru and Chile. At this very moment in time, one of the great olive oil producing areas is California.

According to figures for the 2018-19 campaign, offered by the Department of Olive Oil Studies at the De Gea Centre of Excellence, (Departamento de Estudios Oleícolas del Centro de Excelencia de Aceite de Oliva de Gea), half of the production of olive oil takes place in Spain.

To be more precise, the number of tons produced will rise to 1,598,000. Greece occupies second place and in third place, Turkey which, for the first time, has overtaken Italy. In fifth place comes Tunisia then Portugal, Morocco and Siria.

At Masía El Altet, we try to do our bit so that Spain continues to be the number one in olive oil production. To do this, we never stop investigating.  Or using the most modern food technology. That is how we are capable of producing one of the best extra virgin olive oils in the world. We never allow ourselves to forget that oil is a fundamental foodstuff in helping to understand the history and culture of the Mediterranean.

That is all we wanted to tell you about the origin of olive oil.  It’s much more than a foodstuff. It is at the base of a whole culture. Phoenicians, Romans, the Moors,..right up to the present, making us one of the leaders in the production of olive oil.

Have you found this post interesting? Do you think it’s worth sharing on social media? We’d love you to do so.