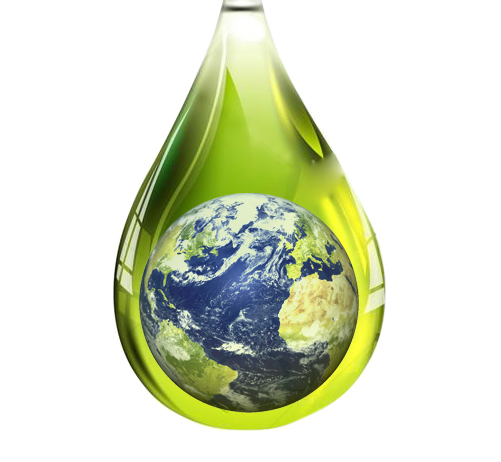 There is no doubt that it’s Spain at number one.  And by a long way. In the ranking of olive oil producing countries, Spain occupies first place.

It’s the country which produces more than half of the olive oil produced in the world.

Evidently the figures are  only approximate  since olive oil production varies from one year to the next depending on a good number of factors, climate being one of them.

And another interesting fact when we analyse olive oil producing countries: Spain is the only country to increase its output year after year.

It is these increases that prevent production in Mediterranean countries from going down.

But production in countries such as Italy is on the decrease.

Nevertheless, it’s in Europe where almost 80% of production is concentrated.  In the whole world, there are only 47 countries that produce olive oil.

The most recent figures referring to the year 2018 place Spain, as we’ve already said, in first place in olive oil producing countries, being responsible for more than half.

In second place Greece has consolidated its position, although its production has decreased by almost 30 per cent.

The surprise is to be found in the country which is third on the list. Turkey has displaced Italy. Both countries have decreased their production but this decrease has had a greater effect in the Transapline country than in the more oriental one. Turkey produces 220,000 tons compared to Italy’s 200,000.

Fifth position is occupied by Tunisia, which has also decreased its production by 40 per cent, with 165,000 tons.

In sixth place as tradition would have it, we have Portugal with 115,000 tons and which has also registered a 15 per cent descent in its production.

Seventh place goes to Morroco and eighth to Syria.

These are the main oil producing countries and as we can see, Spain is streets ahead of the rest.

The process of producing the best extra virgin olive oil is a delicate task and one which is practically traditional and which requires a mixture of techniques to which is added the  experience of the growers.

And it goes without saying, orography is one of the basic factors. There are only 47 countries in the world which grow olive trees, for several reasons, one of them being that they don’t have the appropriate orography.

In our case, at Masía El Altet, our estate has a privileged setting.  A mountainous setting in the interior of the province of Alicante, in the Polop valley to be more precise, in the townland of Alcoy, at an altitude of 850 metres and at a distance of only 30 km from the Mediterranean as the crow flies.

One part of our land is situated within the Natural Park of the Font Roja and the other part in the Sierra de Mariola Natural Park.

In the Sierra de Mariola Natural Park what predominate are medicinal and aromatic plants. It was here that the botanist Cavanilles found more than 1,200 different plants.  This gives our extra virgin olive oil organoleptic characteristics which are unique in the world.

The Natural Park of the Carrascal de la Font Roja is one of the best examples in Europe  of a Mediterranean mixed wood. This characteristic has to be considered curious since in this small place and due to its microclimate, are born, grow and develop trees auctonous to the north of Spain and with problems in acclimatization in the Mediterranean area.

Climate also confers a superior quality, the temperatures registered during the year, with very cold winters where up to minus 12 can even be recorded and warm summers when it’s rare for temperatures to go above 30.

We can’t forget the human side either, the experience of our growers to which we must add the new technologies we use to ensure that one of the best extra virgin olive oils  reaches the consumer.

Picking the olive at its exact moment of ripening, rapid transportation and the most sophisticated technology for grinding do the rest.

Our olive oils are produced following the best techniques of cold pressing.  We collect the olives while they are still green during the month of October in order to obtain the best quality of juice.

A complex and intense oil with spicy and bitter tones.  Perfect for combining with meat and white fish.  It enhances the taste of salads and combines perfectly with mild cheeses and all types of pasta.

These in their majority are auctonous varieties.  They can also accompany white fish and meat and all types of vegetables.

One of our extra virgin olive oils produced from only one variety of olive.  Here, we’re speaking about Changlot Real.  A very intense flavour in which you can pick up bitter and spicy tones. This olive oil combines perfectly with all types of meats and red fish.  You’ll notice a unique flavour on your salads, one which can’t be beaten.

This olive oil is also produced from only one variety of olive oil. It’s 100%Picual. A great aroma and flavour above all, when it’s combined with salads, red fish and meats.

Pre-ripening is the characteristic they all have in common. All of them are also rich in polyphenols and antioxidants and with all the many beneficial properties extra virgin olive oil has for your health.

Our olive groves contribute in a decisive way to keeping Spain in first position among olive oil producing countries.  In fact, it’s the most productive olive grove in Spain and we could dare to say in all Mediterranean countries.  To be more precise, from each of our 70 hectares, we produce approximately 9,000 kilos of olives. In the rest of Spain, the figure is 530 kilos.

Spain leads the classification of olive oil producing countries.  Our production figures are way above those of any other country in the world. In this post, we’ve given you the figures and we’ve told you how  the orography in which our estate is to be found is one of the keys in achieving not only excellent production but also oils which are considered as the best in the world.

Have you found the figures interesting? What do you think about the fact that Spain is the world leader in olive oil production? Don’t hesitate to give us your opinion in the comments section. And if you like what we’ve told you, we’d love you to share this post on your social networks. Follow us on our facebook.